Now, I’d like to touch a little more on my personal experience.  In the last year, outside the US, I have been to Malaysia, Japan, Cambodia, Thailand, Lao (it’s not Laos; miscommunication by an English reader of French writing), Vietnam, and Singapore.  I don’t think I should count Hong Kong or Taiwan seeing as I never got the entry or exit stamp of approval in my passport.  I’d like to focus on just five of those countries.  Japan is a world of its own and Singapore is a good mix of past and future.  Both are expensive to visit and live in, too much like my own home.  So, I will stick to my experience in the other countries of southeast Asia that I have visited. 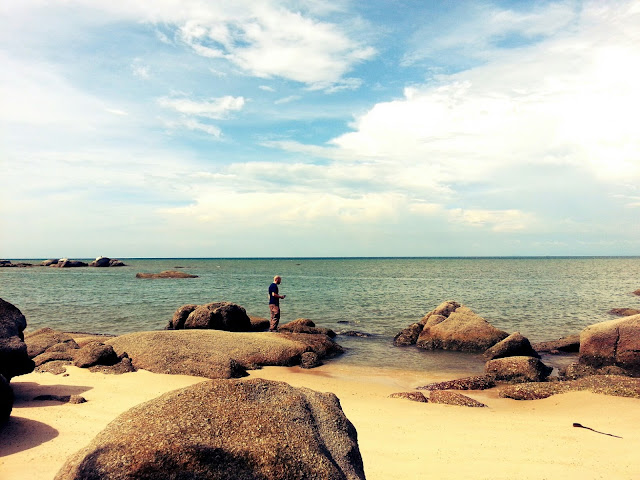 I don’t want to bore anybody with the details of visas or border crossings.  I will tell you that Vietnam is the only country I needed a visa prior to arriving at the border, and Lao charges for visas differently based on your nationality.  And, crossing the Lao/Vietnam border can be very confusing.

So, let’s start with Malaysia.  Malaysians seem to be some of the nicest people I’ve met.  Kuala Lumpur is a big city and everyone in it has been very friendly to me so far.  The people even get friendly the further from the city you go.  Isn’t that the case everywhere, though?  I visited a former English tin mining village with some newfound Canadian friends and one local city boy.  It is no longer an English town, although English influence may live on for generations to come in these former mining towns.  We’ll not get into that here.  Today, it is a tiny village where people sit back and relax in their jungle paradise.  Now, maybe my view is different than reality, but these people welcomed us like we were relatives they haven’t seen in years.  There was no English spoken in this village and only the local city boy could converse.  Well, needless to say, it was a pleasant time visiting with the group of locals on the porch of one’s house nearby the river.  We might not speak the same language, but smiles and laughs are universal.  And, this is the spirit throughout the rest of the country.  Although, most people in the city do speak English.  Except, occasionaly, my northwest American accent might be a little fast and thick to understand.  It has caused a few laughable moments, but no serious issues have arisen because of it.

From Kuala Lumpur, I rode the train all the way up to Bangkok.  I do have a Thai friend living just north of Bangkok whom I met while attending school in Seattle.  He is back in Thailand and a visit to him was on the agenda.  That taxi ride out to meet him from the MRT (I like to say Mr. T) station was an adventure unto itself, but luckily the currency difference makes rides like that fun!  But, about Bangkok, because that is where I spent most of my time.  The city is much cleaner than depicted in movies or on tv.  I didn’t stray too far from touristville, so I should say the tourist are is much cleaner than depicted.  In touristville, it seems that white skin equals money.  It’s not to say that people are rude, but everybody is trying to sell you something.  A tuktuk ride, sex toys, clothing, jewelry, food you didn’t know was food…  I did not feel unsafe for one second, but the constant sale does get old.  I wasn’t looking for trouble so I don’t have a “movie scene” experience to tell about Bangkok.  It is easy to get around where a tourist might want to go with the two train lines.  Other than the constant barrage of locals trying to sell you everything you could imagine, the people were very friendly.  Some are opportunists, and if you slip for just one second and give them the opportunity to take your money, they will.  But, they won’t steal it because a (wo)man likes to think they made their own decision.  If they can convince you to hand over your money willingly, they certainly will try.  I was more preoccupied with the sights and further travel that I didn’t trouble anybody. 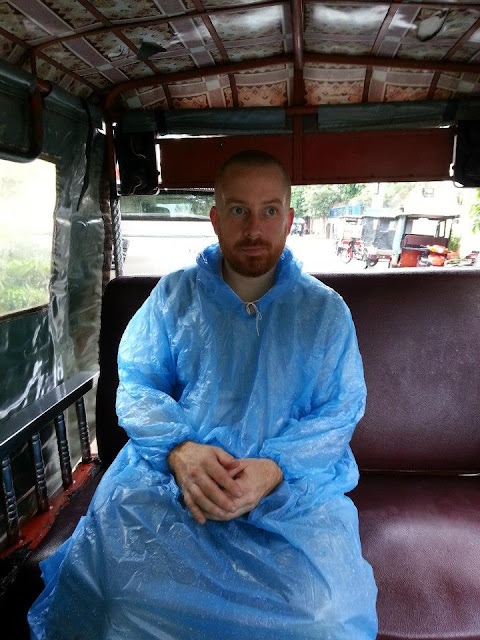 Leaving Bangkok, I took the train to the border of Lao.  At the border you get off and either go to some destination in Thailand, or hop on another train across the Friendship Bridge into Lao.  I crossed into Lao.  Lao was amazing even as I stepped off that train!  The BeerLao plant is along the way from the station to Vientiane.  I was disappointed the driver wanted me to ride in the front of his beat up truck instead of the back, but he was sure to point out the beer plant.  There is so much about Lao that I like that I could write about it for days.  Vientiane is the biggest city, but it feels like a small town.  I felt at home the first night there.  Most of the westerners in Lao are only there from Thailand on visa runs, but I tell you that you must see Lao.  There is no trains in Lao so I did travel by bus to Luang Prabang.  This city is just as amazing as Vientiane but in a completely different way.  The one thing about Lao is that nobody was trying to sell me anything.  Everything you might want to buy is there waiting for you, but you will not be bothered by the constant selling.  The one weird thing is that everything closed very early and the hotel wanted you back in by midnight.  I suppose that’s a good thing because the BeerLao cost less than one US dollar!  Although the people mostly ignored me, I can say Laos, or Laotians are just as friendly, if not more so, as the people of Malaysia.

Next, I want to tell about Vietnam.  My first few nights there were not the best.  I ate with a few locals in a tiny little village and had my first good case of… well, I’ll just say I got severely dehydrated and felt like I couldn’t eat for a few days.  The Vietnam countryside is beautiful, though.  I didn’t make to Ha Noi like I wanted, but a return visit might be called for.  I travel by train in between Vinh and Ho Chi Minh City.  Ho Chi Minh City is still known as Sai Gon in Vietnam.  I did not stop in Da Nang, but that is on the list for future visit.  I saw the city from the train and it definitely needs close inspection.  In Sai Gon, the selling is probably worse than in Bangkok.  Half the city leaves me alone, but the other half is ruthless.  I was practically mauled in Ben Than Market by three tiny little women trying to drag me into their stall to sell who knows what.  Also, some of the motorbike taxi drivers will offer much more than just a taxi ride.  One of them followed me down the street offering massages from girls or boys, drugs, more girls.  After telling him no three times I had to make it clear that he needs to stop following me and quit with futile sale attempt.  Don’t let the ruthless salespeople distract from the beautiful city, though.  It is full of nice people.  Nice people that want to practice English.  At times in the park by hotel I felt like an ancient Greek philosopher philosophising with students.  Seriously, the kids would gather around with questions that I would answer over and over.  Some people might not have patience, but for me it was fun.  I don’t think they understood much of what I was saying, but it was still nice to hear about their lives in Vietnam and see the friendly smiles.  Now, there is some recent history between the USA and Vietnam.  I had my cautions up and warnings memorized, but it was never a problem.  It is interesting to hear three sides of the story, and even more interesting to see what I consider nothing but propaganda on both sides.  There is some interesting, yet awful, history to learn in the war museum and I think both the US and Vietnam are united on the path to the future.  But, for the public out on the city, the war is not mentioned, but if it does come up in conversation it is not as sensitive as I might’ve guessed.  Preconceived notions, remember? 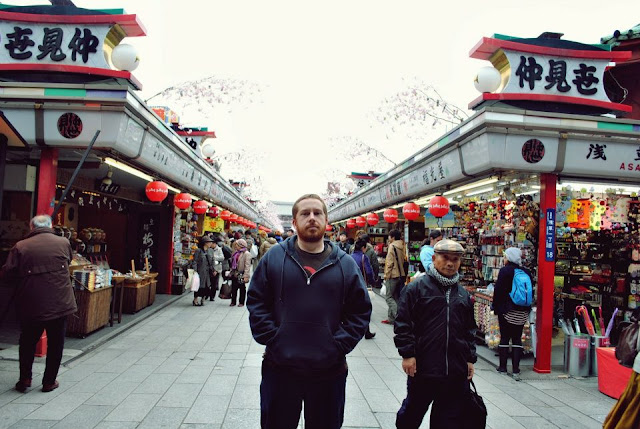 Speaking of war museums, let’s move to Cambodia.  I can say that looking around in Cambodia, there were not many old people.  I didn’t know if this was because of a low life expectancy or historical occurences.  First, I will say that the sales pitch is strong in Phnom Penh, but not as strong as Bangkok or ferocious as Sai Gon.  No, the real, absolutely most horrible, unavoidable, monstrous sales pitch is outside Siem Reap at Angkor.  The children!  Somebody think of the children!  Really, these children are the most ruthless salespeople you will ever see, hands down!  Somehow I managed to escape Angkor mostly unscathed by these children.  One scarring memory is riding in the tuktuk from one temple to the next and down the road you can see the saleschildren, or salesdemons, down near the entrance with their baskets of postcards, handmade jewelry, and other unknown gadgets.  Before the tuktuk stopped we were confronted by these snarling beasts.  One little, one of the cutest little girls, she started high with the postcards, and moved lower until she was chanting “Two dollars.  Two dollars.” in her tiny, almost unavoidable voice.  And, just when I thought we escaped the mob of tiny little salesmen, I was shocked to see about 20 more waiting to pounce right at the narrow entrance into the grounds of this temple.  Well, I could go on about these children because it’s annoying and cute, but Cambodia is more than just salesmonsters.  Phnom Penh has historical sites to see.  They might be horrific and I won’t describe them here, but it is something that should be learned and not forgotten.  Ever.  The one thing I noticed about Phnom Penh was that everybody woke up early.  Very early and there were plenty of people gathered in parks for their morning exercise.  But, Siem Reap is where the beauty was on this trip.  The hotel was excellent.  I even learned to cook a new dish there!  I didn’t visit any other cities in Cambodia but the two.  Siem Reap has a small town feel to it as soon as I stepped off the bus.  The walk to the “action” part of town was easy and pleasant.  The sellers at the night market were not aggressive.    And, Angkor at sunrise was amazing!  Although, I would rather see the temples in ruins with original stones than to see all the maintenance with new materials.

This concludes the “overview” of my experience so far.  I hope you will continue reading as I give more details of my visits.