My question is – perlu ke?

There was a pre marital sex then pre marital babies. And now again, Malays are being influenced into a pre wedding photo shoot, which, I really don’t know where this practice originated from.

I don’t know about them Chinese, because I saw them taking pictures for fun in the studios with fur and Hang Li Po dress since they were in high school. So, they are always associated with this studio photo shoot since forever. So, Im gonna leave them alone.

So, yeah. I’ve heard and watched poor guys cried about expensive dowry (duit hantaran lah) while they just started to finish their study loan and struggle to get car loan so that they can bring their future wife for weekends date, follow with a cheap make out in the car and record it with their smartphones. Not to mention buying a loft. They can’t get a decent room to rent for themselves to sleep even, so they are staying with parents in order to be able to buy “gold class” movie ticket at GSC every weekends together with a value set of popcorn Combo A.

And now – Pre Wedding Photo Shoot? The cheapest I’ve heard so far is RM1,000 just for a simple setting/outdoor shoot – and that is not including make over, the dress, the hairdo and so on. So there you go – put another dime in jukebox, babay.

I believed in your period of courtship and dating, you guys did take photos together with the help of friends (double date kaaannn) and bazillion front camera captured of you two both doing duck face. Why not saving those silly pictures over the years and compile it, make it into a timeline album as a pre wedding shoot? What is the difference? What ever happens before the wedding is a Pre Wedding. Oh, just because you don’t have a special set up of you two together holding the swirly lollipop, riding the scooter on still, making that duck face – you can’t call it as pre wedding photo shoot?

Well, I know, everybody wants a picture perfect in everything. Mine included. But I won’t spend it on fake moment and show it to people that is US right before we tie the knot. BS.

I don’t know if my boyfriend will get down on his knees ever and ask for my hand to be his “Bonnie Elizabeth Parker” to run this life of sin, forever. But I do put an anchor to every special moment when we were together on trips or even stupid dinner in town from the beginning. 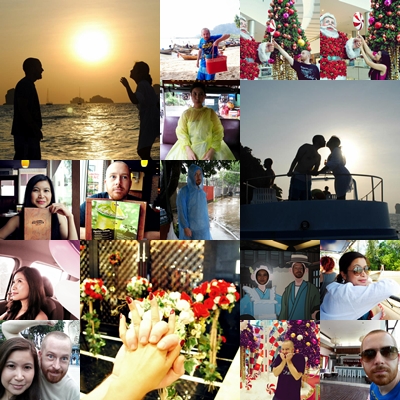 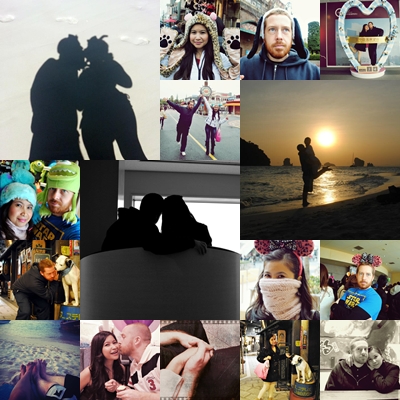 and I know he is smiling when he look at this now. There were so many memories we created together and it will stay the sweetest if we go on our separate way in the end.

I have million of our sweet pictures together. And only both of us know the exact story and situation we encountered behind every pictures. The exact feelings, and it is real.

You have Instagram. It comes with cool filter and it makes every stupid shoots looks amazing though. Start capturing your sweetest moment and compile it. It is more meaningful.

Uh, and this post is not for them rich bastards.