It sounds like software to me. You can call me dumb when it comes to politic. Shamelessly, I admitted to everybody that I don’t read newspaper and watch TV news. This is because I’m a Law of Attraction (LOA) practitioner, because “Be thankful for what you have, you’ll end up having more. If you concentrate on what you don’t have, you will never ever have enough” is what I believed in. In general, what’s inside newspaper and TV news tells a lot of negative things compared to positive one. And some people told me newspapers & TV is belong to ‘mainstream’ party, so whatever I read & watched might be biased. So I skipped it.
I never get a true definition of righteous politic. What is righteousness in politics? I never get a good explanation and insight of every politic party in Malaysia – be it PAS, DAP, PKR, BN without hearing hatred in between enlightenment. Then, I came into my own conclusion that, nothing is enough enough when it comes to POWER and MONEY. It’s a man made thing. Politics to me is created from promises.. it’s a man made thing. I promise you this, you will get what I promised if you do this. Too bad that,  I don’t believe in man made thing. Too bad, I get things done and things that I wanted on my own without have to wait or hear promises. Just, a plain work hard and persistence. Time is gold.
What happened today on KL streets seriously messing with my yin and yang. I tried not to read it, but it has filled up my Facebook general wall, pushes all the nice, motivational quotes shared by positive peoples and cute dogs and cats photos 🙁
So I started to google what is this yellow, Bersih rally 3.0 is all about?
“The Coalition for Clean and Fair Elections (Malay: Gabungan Pilihanraya Bersih dan Adil) or Bersih (meaning clean in Malay) is a coalition of non-governmental organisations (NGOs) which seeks to reform the current electoral system in Malaysia to ensure free, clean and fair elections”
and they want;
1) The Election Commission must resign, as it has failed in its responsibility and has lost the confidence of the public.
2) The electoral process must be cleaned before the 13th General Elections.
3) Invite international observers to observe the 13th General Elections.
but, what all above demands has to do with this? 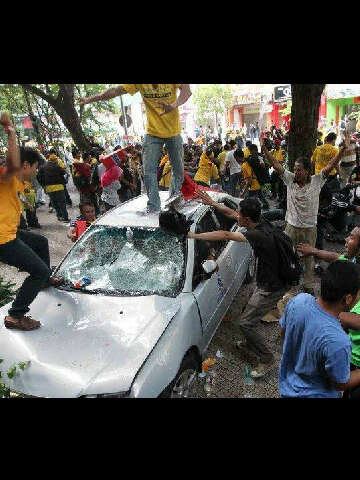 “yes, we and Indonesian are twin that were separated at birth”

They gave this to the International Observers to observe this even before the 13th General Election.
Not to mention pictures of yellow shirt people bashing cops, cops bashing yellow shirt people.. and thousands ugly pictures been circulating on the internet giving different insight and story behind the pictures which, not just confusing, but, Malaysian really needs help from outside in getting basic education of how to live, act and become a normal human 101.
While other countries working towards better civilization, we are going backwards, towards Planet of The Apes, downgrading our country to 4th world country, like we never taste and achieve  independency. We were ruled and puppetted by Nippon, Portugese, British before August 1957 and now we are inviting them again to observe us like we are incapable to set things straight in our own territory?
Okay, correct me if I’m wrong. I am dumb when it comes to ‘perjuangan politik’. But please enlighten me with simple basic definition as if I’m 5 years old child. As 5 years old child, I ask you what is Bersih. And you will tell me the basic meaning of Bersih is “Clean”. One word, Clean. When it comes to the word clean, I understand that, your intention, action and execution will portray the cleanliness. Just like PeTA. No fur. 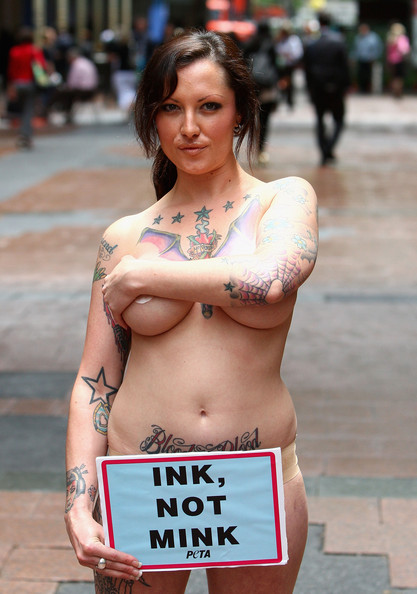 So they go naked. 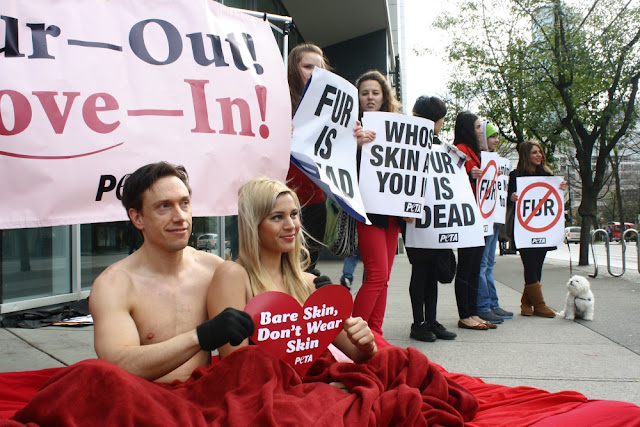 But Malaysian Bersih 3.0 left its shit on the streets and carry home their shitty attitude; 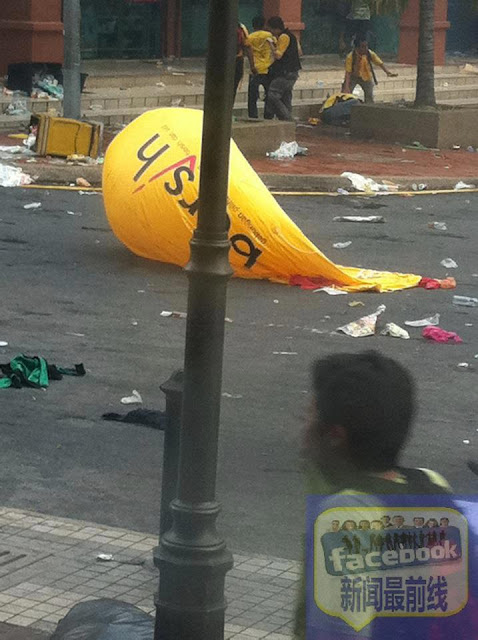 So, please tell me, as if I am 5 years old child, this is the kind of movement and action I should believe in? At definition stage, you already failed to give me, a 5 years old child to understand it literally, so how are you going to explain it to me further on motto, goal and oath? Disgusting!
And we are officially make our country as an education hub. No way! I won’t be sending my kids to study in Malaysia and waste my money just to get my kids to mingle with this type of community, becoming barbarian and bring home Malaysian attitude to my home country.
and since this blog has readers from all over the world (because it’s in English, ahem) I would like to straight the things out. Whatever you’ve seen on your tabloid/internet/newspaper about what happened during Bersih 3.0 or yellow shirt rally is not permanent. Malaysia is not having riot everyday. That only happen few hours in a year. It’s nothing like Bangkok red’s shirt or British riot. We are still live in peaceful, most of us still driving expensive imported cars and carrying expensive imported handbags, school kids carrying iPhone and latest tablet.. No matter how corrupted our government is, they still do their best to make sure no  massacre happen on the streets. It’s just, there are some group of people trying very hard to turn this country into Planet of the Apes just to validate their accusation that whoever ruling this country is a stupid shit bastard. These group willing to sell their country’s peaceful state just to prove that they are right.
Like a software, Bersih 3.0 has no exception to virus and system failure. Enough said.
Flame me if you care.
p/s: Flame me if you care, but I will stick to my liberality. Im not sided anyone. Because Im rooting for World Wildlife Fund.

Whatever we think about and thank about, we bring about.~ LOA