Get to know the TYPE of your online girl

Some men are so stupid, they take social networking site like facebook as a place for them to find a girlfriend. or worse – wifey. They treated it like an online girlfriend/wife’s catalog. They look at your profile picture, send friend request and when you didn’t reply his message on your inbox / refused to chat with them / tell them you are not interested, they straight remove you from the buddy list. It happened to my workmate. This guy asking her “why did you accept my friend request if you not going to be my girlfriend” and he blocked her immediately after that. LOL?
and paragraph below is for decent guys-
You are not an exceptional. Some of you are ridiculously stupid. Not that I blatantly accuse you just because I can’t agree with you in many areas. You came to me with confessions  – willingly and sometimes, without you knowing it. You think you know girls very well – listing down what girls like and know exactly where to find her G spot. But seriously, at the same time you don’t have a clue. That’s why you think screaming girls in porn movie is the real sound of satisfaction. Your girl screaming when you do her and again, you beat your chest triumphantly like a King Kong and think you are the man. That’s a FAKE ORGASMS, you moron!
Based on above paragraphs, I think I should spill some information for you what type of girls that are available for you – online. (If you still insist to find a girl – online) before you go to the next stage talking about finding her G spot or wife her.
So, I recon that you guys will check her “about me” section and find her relationship status. So you see ‘SINGLE’ and the next 5 second you sending her message like “Hi”. (urgghh). But wait. With my diagram, now you know when or to which type of SINGLE girls you should consider to send your “Hi”.
Elaboration below; 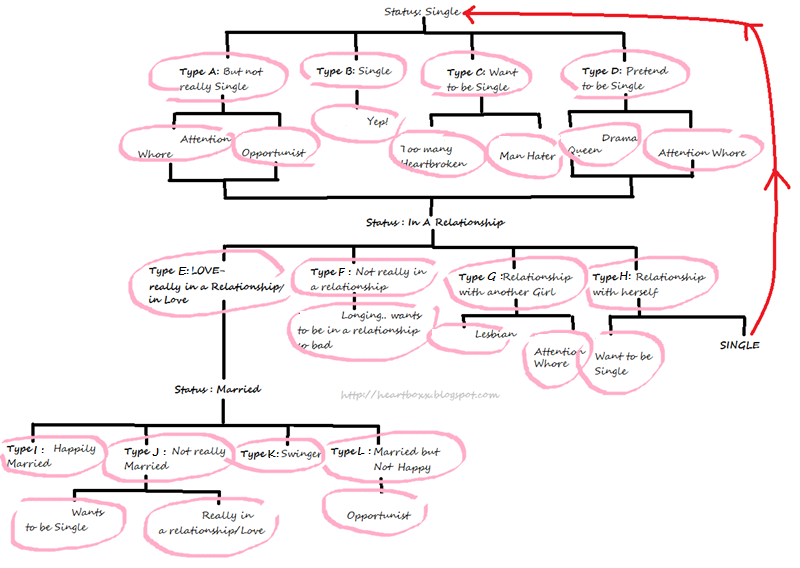 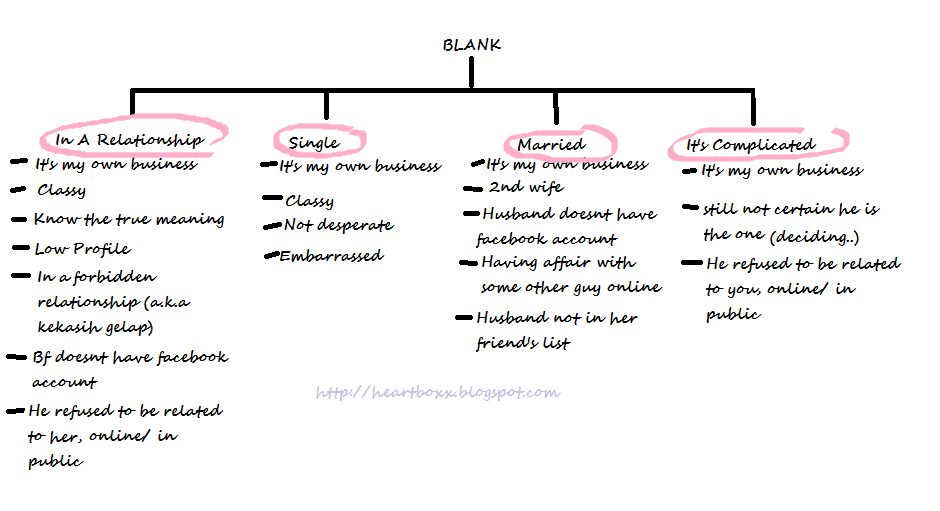 Some men are so stupid,  they look at your profile picture, send friend request and next 5 second they went ~ 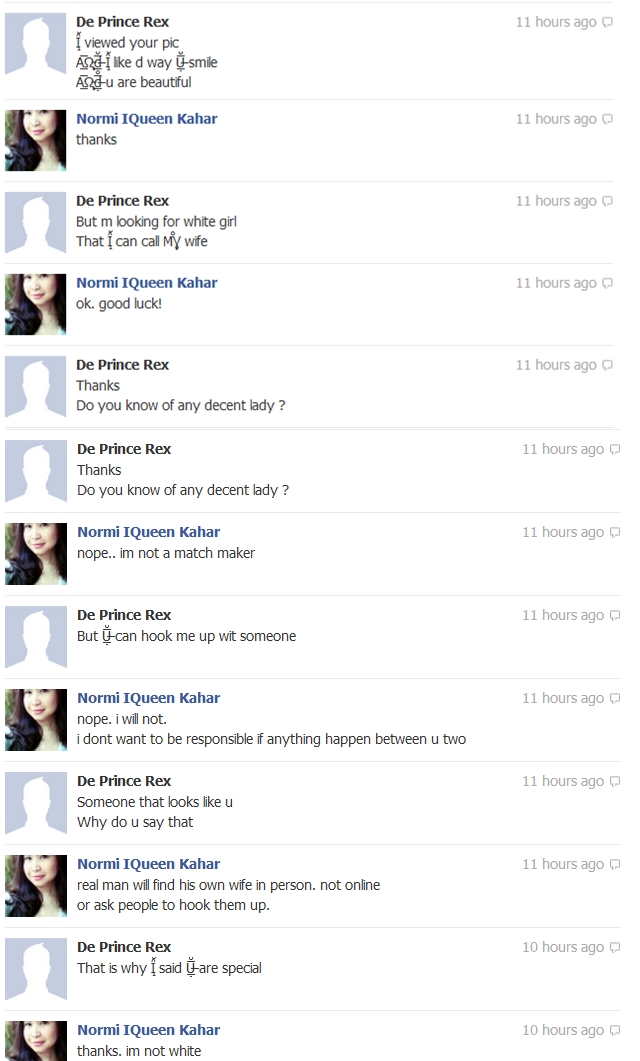 Okay, Im not that hot. That’s must be some Nigerian guy who residing in Malaysia and he want to scam my 5 millions (WTF? Do I look like having 5 million in my bank account?). I get this eerie feelings when black guys happen to say “Hi” to me. Call me racist. I have the right to block anyone who is giving me the eerie feeling. Ima faint hearted, okay?
Im tired. I got some serious luggage packing to do. Fly off soon.
xxoo.