I always love Korean since after I watched Full House, I love all korean drama, I love Korean song, I love everything made in Korea especially – Korean boys. Heee. (oh..I am so thinking of Rain Bi while Im writing this..)

But the weird thing is, I never tried Korean food. It is not because I dont want to, but, there are not many of Halal Korean restaurant that I come to know compare to Japanese ones. Until… 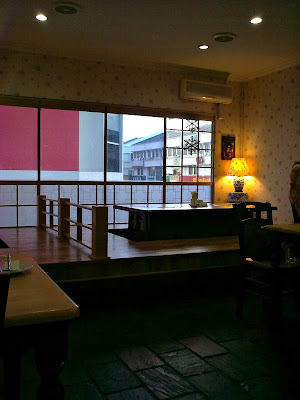 It’s called Bonga Korean restaurant located at Jalan Telawi, Bangsar. Alaaa.. I dont know the exact address, but can find it at the same row with going to close soon Juicy (Edison Chen) boutique. Eh, everytime I passby that Juicy boutique hor.. empty. I went in once, also empty. Nothing to buy lah.
Ok, back to Bong’s. It is a small, cosy restaurant located on the 2nd floor. Nothing fancy, but very the Korean (of course lah.. takkan macam swedish restaurant pulak..) 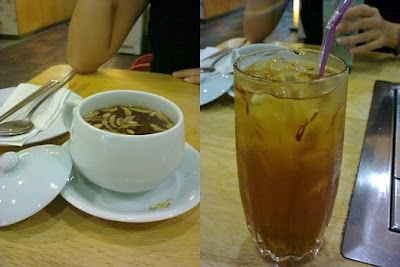 My friend suggested me to try Bong’s Korean Ginseng Tea. She ordered it hot..and mine cold. Break fast le.. how to drink hot one..But she ordered sprite in case I cant take the taste of the ginseng.. Yea.. in the beginning, it taste quite weird..But who am I to be picky & complain… I didnt drink anything since dawn so.. oh well.. 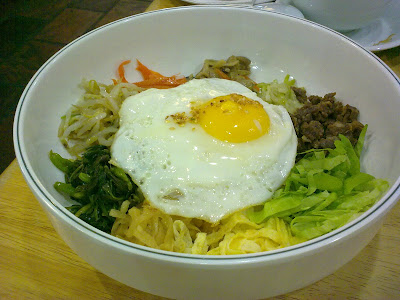 “Beebeem Bab”
I remember in Full House, Han Ji Eun always cook Beebeem Bab to Young Jae, it was like an official dishes inside that drama. So I really wanted to try it.. 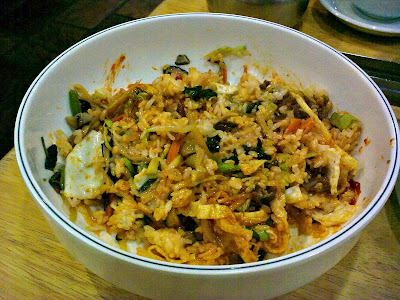 This is Beebeem Bap after you whisk everything up! Ya.. looks like a wasted, spoiled food which your mama ready to toss it out into the bin. But it taste good. 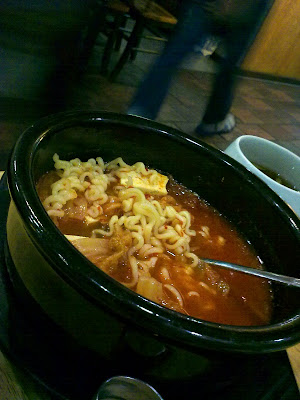 “Kimchee Jjikeh” or Kimchee stew
I know..it looks like Maggie assam laksa only rite? At the beginning I also didnt like the smell, it smells like spoiled Maggie assam laksa.. according to my friend, the best kimchee stew is the one being kept inside the pot for a few weeks..months..or maybe a few year? 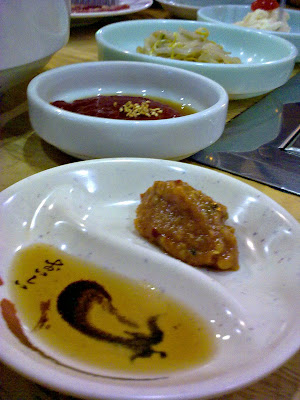 sauce for the bbq. 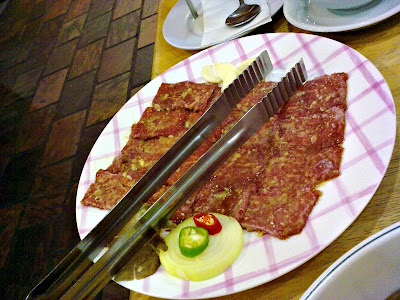 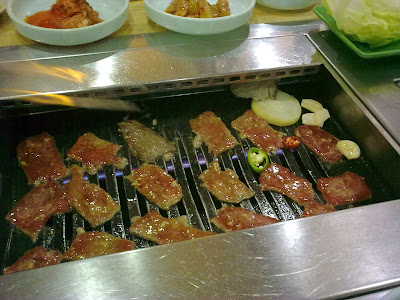 Once the meat touches the hot grill.. pheww.. it produced such heavenly smells. Only a predator can understand what Im saying. 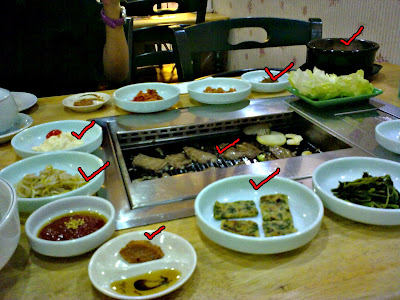 Surprisingly, the menu that we chose came with a lot of side dishes. Fish cakes la, stir-fry bean sprout, sour cucumber, kimchee, fried anchovies, stir-fry spinach, fish cake, and i dont remember what it was la…but the one with the red ticks is awesome. These side dishes are refillable. We refilled it until we were shy to ask already. 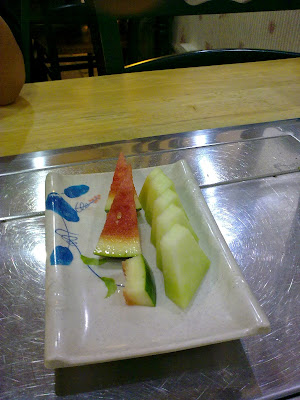 ..and they served us a cute small cut of fruits as a wrap. 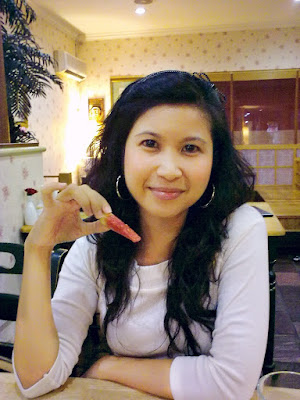 …and I feel like Im all korean already. LOL (perasan).
Till then..
Annyong-hi kashipshio!