Of a gain and a loss…

Never mind lah if nuffnang didnt recognize my entry on the “I Cant get enuff of Transformers” last month *sob*. Still I got my free movie ticket voucher from somewhere else just by ticking the “yes” and “no” box. Just like a blank cheque, which you can fill any numbers and zeros as you wish, this ticket voucher also is blank one, meaning to say I can choose to watch whatever movie I feel like to in case seat for Transformers still full, anytime, any GSC. 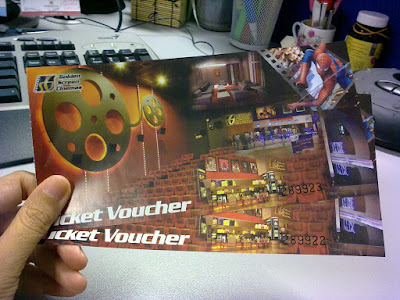 7th July, finally they put the world’s beloved legendary body to the real rest (in peace), even without the brain tho, with the largest world’s coverage memorial service and tribute. As someone who grew up with his music, it was kinda shocking when my mum suddenly said to me “MJ dah mati la…” when I just woke up on Friday, 26th morning. I was like “nahhh.. it is just a rumor lah“, gave my mum a disbelief look, and walked my way off to brush my teeth.

2 weeks after his crossover, still I feel like he is not. His songs played 24 hours on the radio, his face all over the newspapers and internet, , I see him singing and dancing everytime I switched on the TV. So long I never see the world celebrate so much about him since his last HIStory world Tour in 1996-1997. Without the word “Death”, “autopsy” and “memorial” written all over, this is kinda like…ermm..MJ Birthday celebration or MJ’s Day where some country entitled a day off to celebrate it.

All of these bring back the memoir of my early days, where I dance (ermm actually was only jumping and spinning around) to the “Billie Jean” and “Beat It” when I was 7 years old, when I was 14, got my hands on “Bad” album (actually that time it was a cassette) out of my school allowance. . Among of all his albums, I personally love the BAD album. No, it is not becuz of the “Bad” song I hooked up to.. but this song…

I dont know whether you recognize some of other celebrities in it.. but I do. I love this video clip cuz it contain all of the faces who glued me infront of the TV and refuse to finish my homework back in my schoolday. The “lost in your eyes” Debbie Gibson, young Steven Spielberg who, at that moment popular with his movie E.T, young Whoopi Goldberg, young Paula Abdul the best dance choreographer (during that era la) through her song “Opposite Attract” & “Straight Up”, the best movie couple of “Grease” Olivia Newton John & ohhh Mr. young John Travolta..the angry man turns into green Incredible Hulk and.. oh my.. I feel so old. Yep, it was almost 20 years ago..

I dont think there will be another like MJ after this. Rumors been telling that Justin Timberlake will be the next reigning king of pop, nahhh…I dont think JT willing to get his skin to black (since MJ turned black to white, chemically) or get too many job nose done.

Regardless of what Wacko things he has done, MJ, the memories remain. 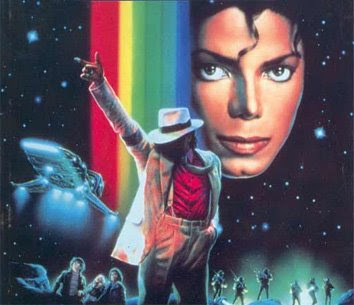