h. I dont even remember when was the last time I sleep with blanket on. It is so hot right now and I even get my quick shower around 3am or 4am in the morning and back to sleep. I thought Im the one of few people sleep with nothing but pantie. But later I found out, many people sleep absolute naked cuz of hot Malaysia current weather. This is how to describe “summer” in Malaysia?

Speaking of summer, Pacific Regency throwing a usual Mid Year cocktail party at LunaBar last Friday night. They always came up with themed party le. 2007 – Hawaiian, 2008 – Arabian Nights, and 2009 – Summer Party. I still waiting when they gonna get the “kinky” night? So that I can wear the Costume which Im selling now. But for now I dressed decent enuff for the summer themed party and yet hoping to see some other guests who overly extreme theme dresser clad in beach suit. Heee… 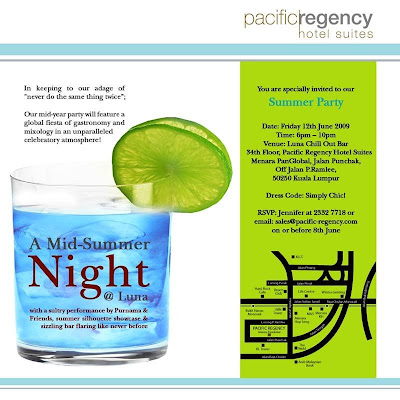 Im so up for the food. Lately my apetite growing like mad. I eat and eat and still hungry. Am I that depressed ar? Me and my colleague left office at 6.30pm, take the NPE highway then SMART tunnel just to make sure we will be top 10 guest who arrive 1st at the party (not that they had a contest for top 10 lah, it just we dont want to be the 100th person in a queue to the food bar lah.) But still, there are hundred guests as hungry as we were.

Well, as usual, you cant expect much from cocktail party “gastronomy” – that is the bombastic term they use instead of “food” and yet the gastronomy isnt variety and tasty enuf le. But the program in house are way better than previous party, cuz this time there were fashion shows and bar tender mixing skill show. Check out the vids of the world championship bar tender from Singapore doing their thang.

So lets the photo and the vids do the talking. 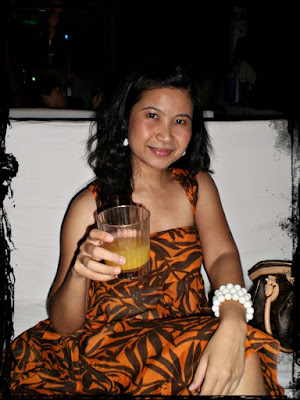 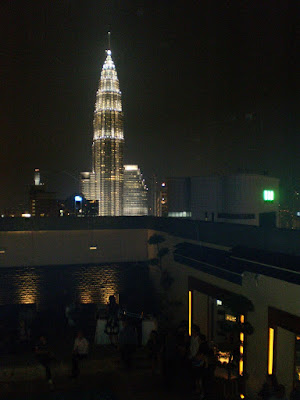 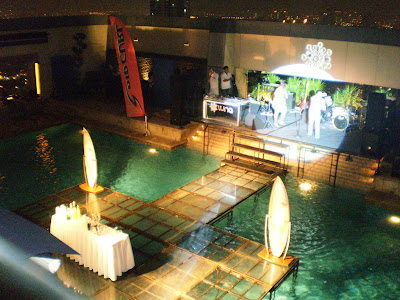 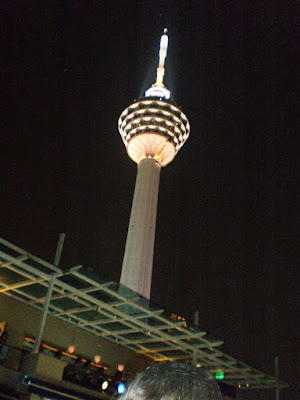 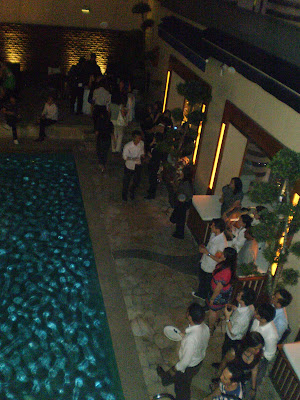 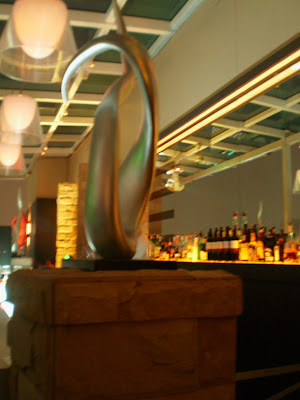 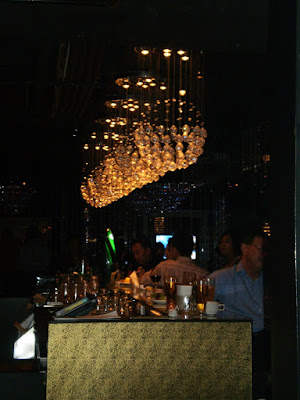 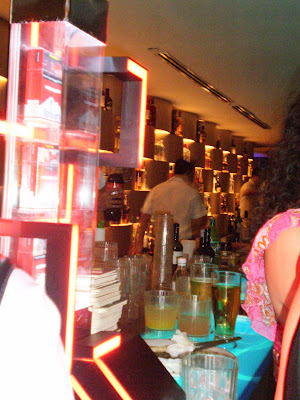 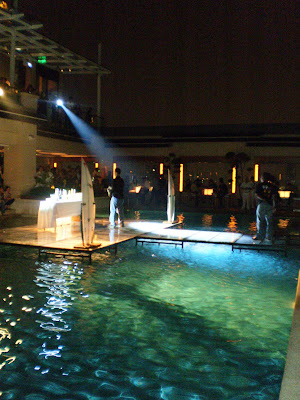 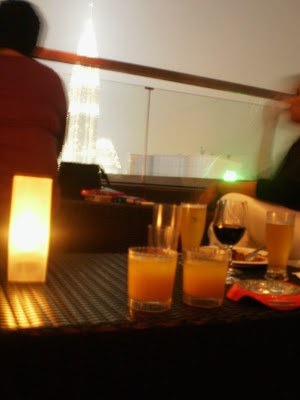 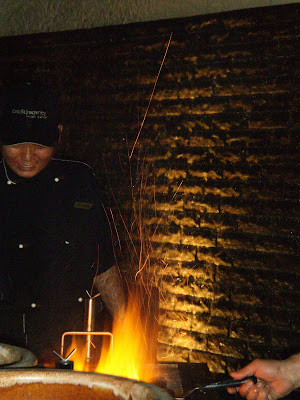 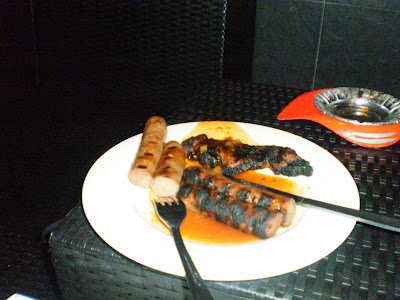 I was barely chewing fresh charcoal. That is what I remember about this plate.

And summer isnt hot enuff without bikini show parade. The crowd went crazy as the models strut their booties on the stage. Saw 1 auntie screaming and almost wanna jump into the pool (maybe the male model is too hot for her) while I sit quietly among of the professional photographer from some magazine and newspaper, got intimidated by their oh so grand DSLR camera and secretly spotted some celullite on the model’s thigh and butt. So.. I didnt feel so bad after all. 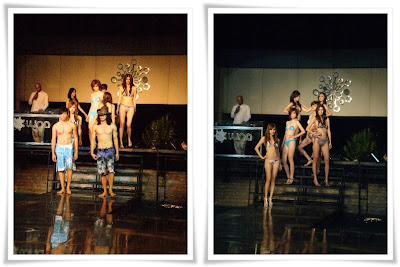 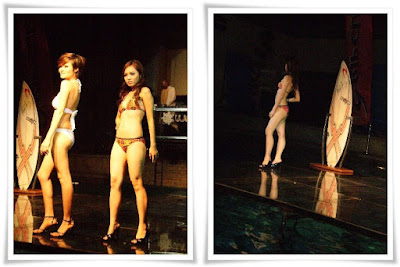 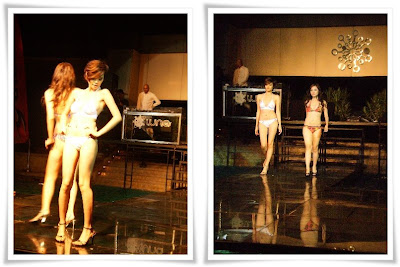 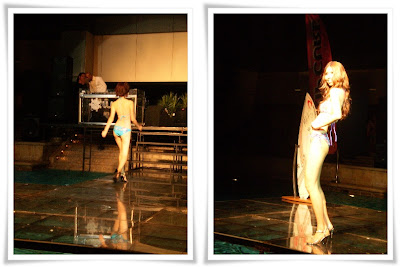 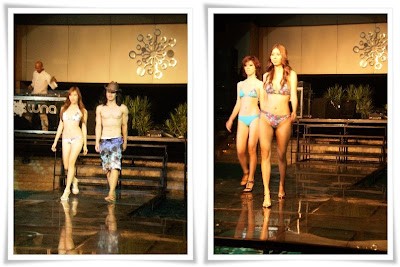 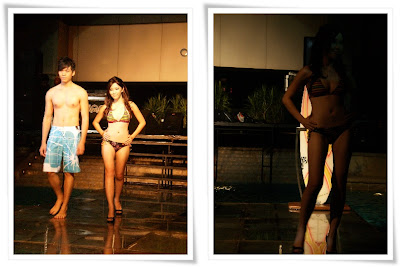 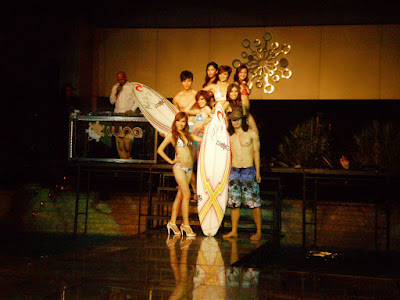 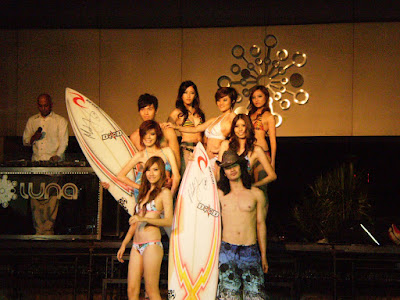 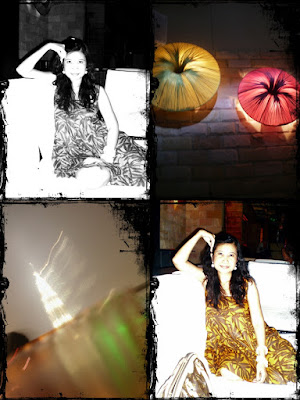 That’s a wrap. Got another few invitations on my office table for next week, next next week and next month, wish I got more time and energy to attend all. Feel so old already…